Giuseppe Mistretta has been Ambassador of Italy in Angola and in Ethiopia, and has spent twenty years of his professional life in Africa. Presently he is Director for Sub-Saharian Africa at the Italian Ministry of Foreign Affairs and International Cooperation. He is the author of several books, such as Un ponte lungo quattro secoli (Gangemi, 2013), Angola. Un paese moderno nel centro dell’Africa (Polaris, 2014) and I noti ospiti (Greco&Greco, 2018). He has also been a contributing editor to La Repubblica and Corriere della Sera newspapers and to the monthly magazine Capital. Africa’s pathways is his first book to be translated into English. 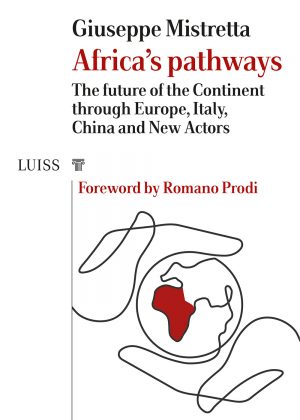